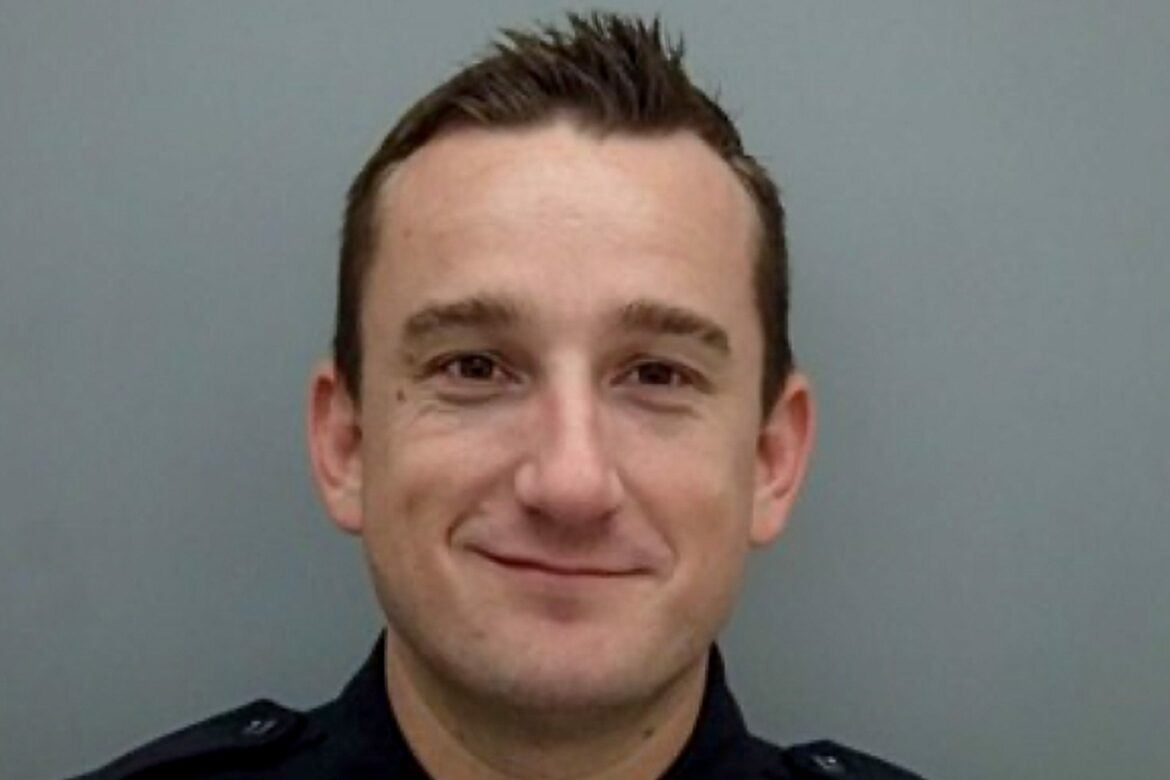 The Vallejo police detective who killed 22-year-old Sean Monterrosa last summer is on administrative leave for allegedly violating department use of force policies, sources with knowledge of the matter told Open Vallejo.

Det. Jarrett Tonn was first put on leave last month, sources said, and several believe he will be terminated. He is the third officer to be placed on leave in relation to the Monterrosa shooting. If the city moves to fire him, Tonn would be the first Vallejo police officer to face termination for an on-duty killing in 50 years or more, sources said.

Monterrosa’s death brought increased scrutiny to one of the most violent police departments in California. The shooting occurred outside a local Walgreens on June 2, 2020 amid protests following the murder of George Floyd. Monterrosa was unarmed and had dropped to his knees when Tonn fired five rounds from an AR-15 rifle while sitting in the backseat of an unmarked Vallejo police truck, according to police, striking Monterrosa once in the head and neck.

Vallejo police claimed in a June 3 press release that Tonn mistook a hammer in the pocket of Monterrosa’s sweatshirt for a gun. Open Vallejo obtained video of the shooting, which shows that Monterrosa was shot within seconds of detectives’ arrival on the scene, raising questions — as in other Vallejo police shootings — about whether he had an opportunity to surrender. The footage does not depict Monterrosa in the moments before he was shot.

Three days after the shooting, then-California Attorney General Xavier Becerra announced a review of the department’s policies and practices. In July, House Speaker Nancy Pelosi demanded the FBI launch an investigation into what she called Monterrosa’s “murder.” And in May of this year, less than one month into his new term, California Attorney General Rob Bonta announced an independent review of the Monterrosa shooting.

Vallejo police Chief Shawny Williams allowed Tonn to resume his full duties two weeks after the shooting, a source familiar with the matter said. Tonn remained on the department’s Crime Reduction Team and continued to operate its controversial cell site simulator, a powerful surveillance device the city illegally acquired at the beginning of the COVID-19 pandemic.

Tonn had been in three other shootings as a Vallejo police officer prior to killing Monterrosa. Seven months after joining the department in 2014, Tonn shot and wounded Gerald Brown following a short car chase. In May of 2017, he shot Kevin DeCarlo, leaving him with significant injuries. Less than six weeks later Tonn fired at Victor Hurtado as he ran down a residential street, but missed. Like Monterrosa, none of the men had a firearm.

The decision to place Tonn on leave followed an investigation into the Monterrosa shooting by OIR Group, a private consulting firm in contract with the city, sources with knowledge of the matter said.

Many of the sources who spoke with Open Vallejo for this article did so on condition of anonymity on the grounds they were not authorized to discuss personnel matters or ongoing investigations. Chief Williams, Deputy Police Chief Michael Kihmm, and department spokesperson Brittany K. Jackson did not respond to requests for comment. City of Vallejo spokesperson Christina Lee said she could not comment on personnel matters.

The two other officers who faced discipline in connection with the Monterrosa case, lieutenants Fabio Rodriguez and Michael Nichelini, were placed on leave last July following the city’s finding that the windshield through which Tonn shot Monterrosa had been destroyed. Rodriguez was later suspended for 40 hours without pay, his lawyer Michael Rains told KTVU. Nichelini was ultimately fired for other alleged misconduct. In a wrongful termination lawsuit he filed against the city in April, Nichelini denied involvement in the destruction of the windshield. Rodriguez and Nichelini did not respond to requests to comment.

“While police did recover a drone, the footage was corrupted and unreadable,” Chief Assistant City Attorney Randy Risner wrote on July 6, 2020 in response to an inquiry from Open Vallejo and the ACLU. “Police consulted recovery experts who also were unable to retrieve any information,” the letter said. In a July 27 follow-up letter, Risner said that after submitting the drone to a regional forensics laboratory, Vallejo police sent it to an unspecified federal agency. “VPD is seeking a second opinion to confirm that nothing is there,” Risner wrote.

Open Vallejo obtained several of the corrupted files from the drone’s memory card last year. Using basic digital forensic techniques, this newsroom recovered evidence suggesting the drone recorded video approximately 90 minutes before Monterrosa was killed. It is unclear what happened to the footage, or whether the drone was recording at the time of Monterossa’s death.

Reached for comment Saturday, Sean Monterrosa’s sisters Ashley and Michelle said they welcomed the news that Tonn had been placed on leave.

“It’s been so long. It’s been such a hard year. It shows we can eventually start having a little more trust in the system,” Ashley Monterrosa said. “There’s an urgency for his termination and also pressing charges on him. And we know that’s up to the California Department of Justice right now.”

Michelle Monterrosa said that accountability for her brother’s death should not be limited to the man who shot him. “Our ultimate goal is that whatever happens to Tonn, that Shawny Williams is gone, too,” she said. She also called on Bonta to open investigations into past killings by Vallejo police.

“We have to continue fighting,” she said, “to make sure we are the last family affected by Vallejo police violence.”

Vanessa Flores and Subuk Hasnain contributed to this report.

A previous version of this article misspelled the name of Lt. Fabio Rodriguez’s attorney, Michael Rains, as Michael Raines.