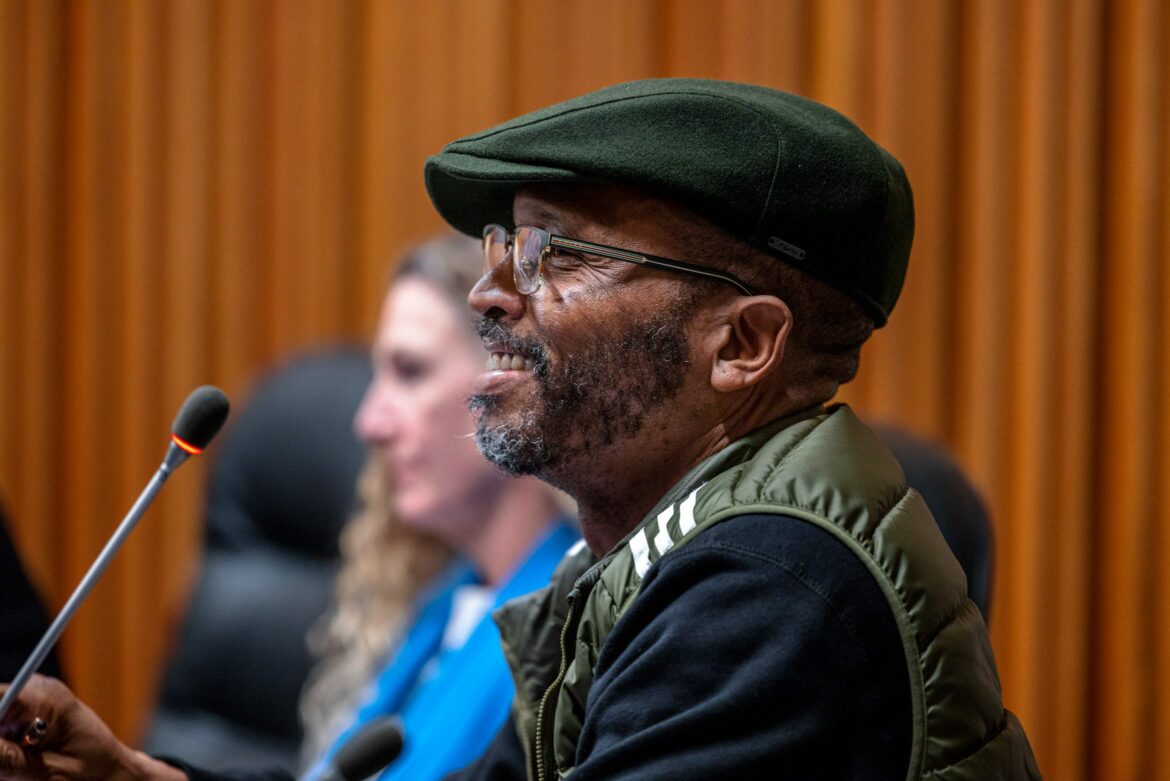 Then-Vallejo Councilmember Hakeem Brown smiles after challenging a constituent to come up to the dais and repeat her critical comment at a special city council meeting on police oversight on Dec. 6, 2022 in Vallejo, Calif.

Days before the Martin Luther King, Jr. holiday, the Vallejo branch of the National Association for the Advancement of Colored People has appointed controversial former city council member Hakeem Brown as its new president, according to a memo authored by outgoing president Jimmie Jackson and obtained by Open Vallejo.

Jackson had for years been allied with Brown on matters both personal and political, sometimes blurring the line between the NAACP’s positions and his own. In 2020, Jackson endorsed Brown’s run for mayor, which was upended by this newsroom’s revelations about the then-councilmember’s years-long history of domestic violence, including past allegations of abuse “bordering on torture.” Apparently writing on behalf of the NAACP, Jackson disavowed violence, but did not withdraw the endorsement.

Earlier that year, after Brown became locked in a bitter child custody dispute, Jackson wrote a letter of support for Brown on NAACP letterhead.

“It is with great assurance and a healthy reverence that I am willing to recommend and vouch for the Character of Hakeem Brown,” Jackson wrote in the letter, which became an exhibit in the family court case. Brown ultimately gained custody of his young son despite the efforts of the child’s maternal grandmother to keep him with her, court records show.

Neither Jackson nor the Vallejo NAACP immediately responded to requests for comment. Brown used the Tapback feature on his iPhone to express amusement at a message from this newsroom, but did not otherwise respond.

Complicating Brown’s appointment is the perceived close relationship between Brown, the local NAACP chapter, and the Vallejo Police Department, one of the country’s most violent law enforcement agencies. Brown often supported the department while a city councilmember, as when he backed the purchase of a controversial new police headquarters.

“I don’t think it’s fair to expect a good job without making sure that we are treating them the way we’d want to be treated,” Brown said of Vallejo police at a February 2019 council meeting, just days after officers killed 20-year-old Willie McCoy.

Most troubling for many was Brown’s relationship with the politically powerful Vallejo Police Officers’ Association, which endorsed his run for city council in 2018. That same year, the Vallejo Police Department invited Brown, who at the time was the NAACP’s vice president, to personally review excerpts from body camera footage of the killing of Ronell Foster. An unarmed 33-year-old father of two, Foster was shot in the back by an officer who then took part in Vallejo’s “Badge of Honor” ritual, in which officers bend the tips of their badges to mark fatal shootings. (The city refused to release footage of Foster’s killing for more than a year despite a provision of California law that bars agencies from selectively withholding public records.)

“We have sympathy for the family, but we don’t want to rush to judgment,” Jackson told the Vallejo Times-Herald at the time. The family’s civil rights lawsuit against the city settled for $5.7 million in 2020, shortly after Open Vallejo revealed the police department’s badge-bending tradition.

Brown’s tenure on the city council was often marked by strife. He soon built a reputation for denigrating his constituents and fellow councilmembers, as in 2021, when he wrote “Lol fuck you” to a Vallejo resident from his government-issued email address, public records show. The comment received significant news coverage, to the chagrin of residents.

Brown also allegedly blocked some constituents from accessing his social media accounts after they questioned or criticized him online, potentially violating the First Amendment, which in 2020 prompted this newsroom and the Electronic Frontier Foundation to send a cease and desist letter to the city.

Brown was a frequent critic of the news media while in public office. For example, during a January 2020 city council meeting, Brown took issue with an Open Vallejo investigation into a senior city attorney’s ethical and professional missteps, characterizing the article as a “public lynching.” (The attorney, Randy Risner, is white.) “It’s no different than the Klan— it’s no different than a terrorist organization,” he said.