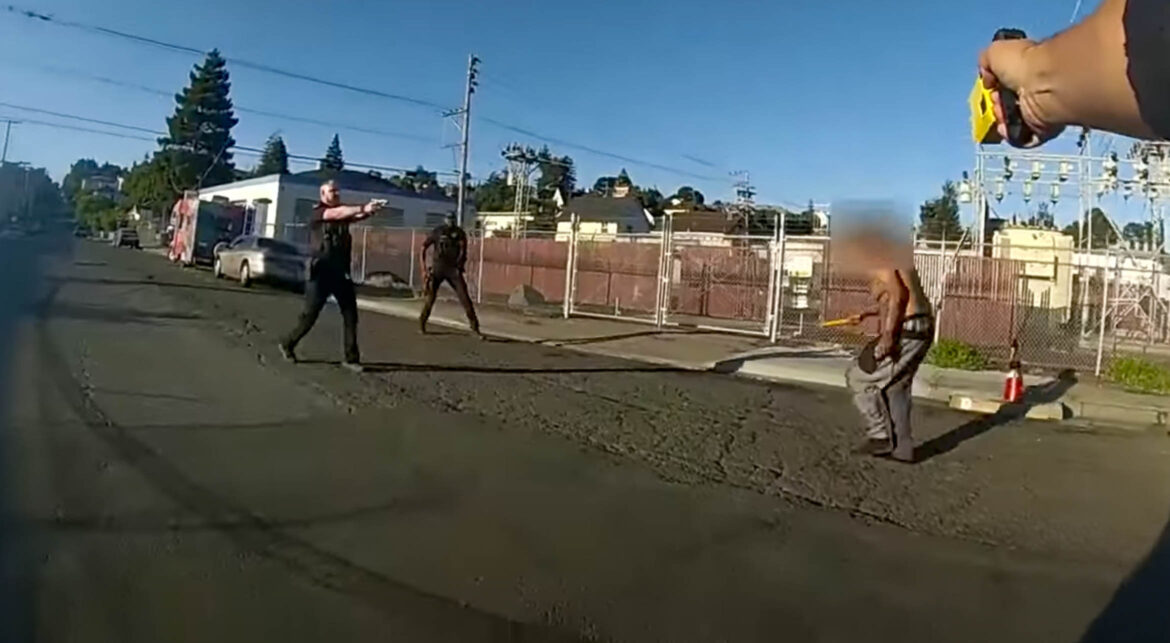 Please note that the below videos are very graphic and may be disturbing.

In response to a California Public Records Act request filed by Open Vallejo, the Solano County Sheriff’s Office has disclosed body camera and vehicle camera footage from the fatal shooting of 28-year-old Jason Thompson on June 19.

Thompson was suffering from an apparent mental health crisis when deputies Esteben Greenwood, Eduardo Borrego and John Robertson encountered him at the corner of Pennsylvania and Sutter streets in Vallejo, Calif. Thompson was holding several handsaw blades, according to a statement from the Sheriff’s Office, as well as video footage and eyewitnesses who spoke with Open Vallejo on condition of anonymity due to concerns about retaliation by law enforcement.

The footage shows deputies exit their vehicles and draw their guns as Thompson throws one of the blades toward Robertson. Robertson and Greenwood start backing away from Thompson, who approaches them as the deputies issue commands for him to stop, video shows. Greenwood, a member of the agency’s SWAT team, then holsters his gun as he continues backing away, apparently empty-handed, while Borrego switches to his Taser and Robertson continues to point his gun at Thompson. The video then shows Thompson start moving more quickly toward Greenwood, at which point Borrego fires the Taser, which discharges for approximately two seconds. When Thompson continues to approach Greenwood, Robertson fires seven rounds at Thompson, killing him.