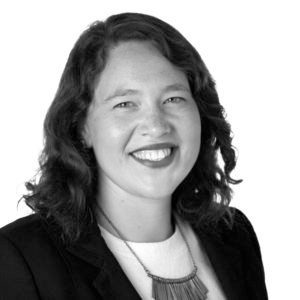 Victoria Baranetsky is general counsel at The Center for Investigative Reporting.

Previously, Baranetsky was the First Look Legal Fellow for the Reporters Committee for Freedom of the Press, where she worked on matters involving the intersection of technology and media law, access to government data, and government surveillance. She previously worked as legal counsel at the Wikimedia Foundation on trademark and First Amendment issues, including the Foundation’s transfer to HTTPS. Baranetsky also served as the First Amendment Fellow at the New York Times.

Baranetsky holds a bachelor’s degree from Columbia University in the City of New York and a graduate degree from Columbia’s Journalism School. After graduating from Harvard Law School she received a master’s degree in philosophy from Oxford University and clerked for the Honorable Rosemary Pooler of the Second Circuit. Baranetsky has written for several academic publications about the First Amendment, including the Harvard Civil Rights-Civil Liberties Law Review and Pace Law Review. In addition, she is a member Society of Professional Journalists’ Chapter of Northern California, an affiliate of Harvard Berkman Klein Center for Internet and Society, and is a fellow at the Tow Center for Digital Journalism at Columbia University.

Baranetsky is a member of the California, New York and New Jersey Bars.